Soar through space aboard your spaceship 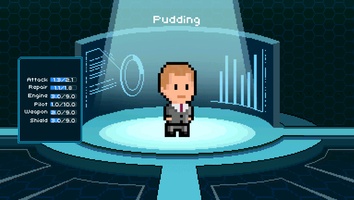 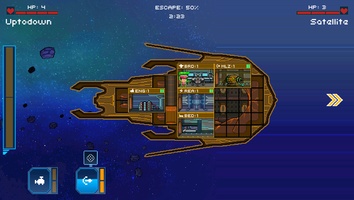 Advertisement
Pixel Starships is a role-playing and strategy game where you're at the helm of a spaceship, soaring through space and fighting tons of enemies. The ship is completely under your command. You can build new rooms, stock up on all kinds of weapons, recruit crew members, and much more.

Throughout your missions you're able to build upon and manage your spacecraft. To add new rooms or recruit new crew members you need resources, which you can gradually earn during your adventures. Rooms can be built however and wherever you choose. You also have the power to assign whichever tasks you want to the crew.

The battles in Pixel Starships are pretty similar to those found in the fantastic FTL: Faster Than Light. Your spaceship has a series of energy points which can be assigned to different sections, such as shields or weapons. Your goal: to do away with the rival spacecraft before they do the same to you.

Pixel Starships is a fabulous mix of role-playing and strategy, with an enthralling setting, charming pixelated graphics, and a captivating, addictive gameplay. It's an excellent title which draws upon the best games for inspiration.
Reviewed by Andrés López Translated by Louise Hennessy
Advertisement

Why is this app published on Uptodown?
(More information)

There are opinions about Pixel Starships yet. Be the first! Comment 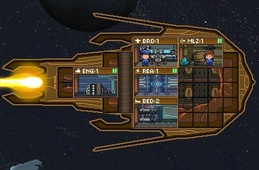 Star Wars: Galaxy of Heroes
Collect and fight with your favorite Star Wars heroes
Mad Car Racer
Get in your car and shoot at the others to overtake them
1v1.LOL
Turn your enemies to dust as you crush your way onwards
Coloring Pages for kids
A full notebook to paint and color
Ravens
Eternal Saga: Region Tactics
Bake It
Bake the perfect cake for your customers
RetroArch Android
The emulator of emulators that lets you play everything